Sunsets and Night Sky – a Night out at Kapitea Reservoir

My husband sure knows how to show a girl a good time!  Seriously it was an awesome night out.

We headed out to Kapitea Reservoir in behind the little village of Kumara to catch the last of the sunset as the colours hit the snow-capped mountains and reflected into the lake. 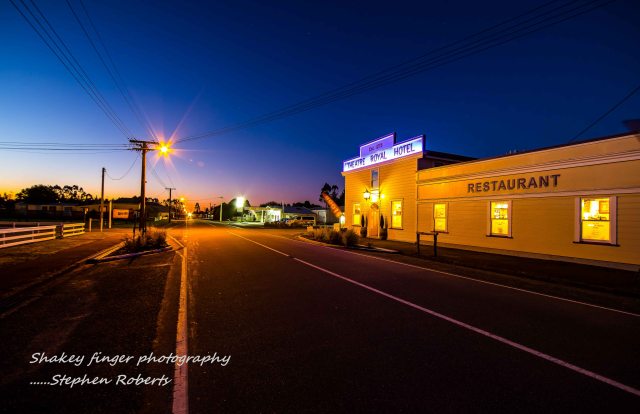 Then off to Kumara to the Theatre Royal Hotel for a lovely relaxing dinner.  Great service and simple but very tasty food. 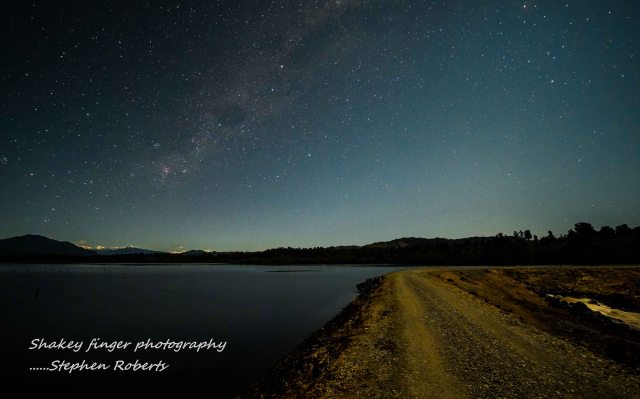 Once we were sure the skies would be dark enough we drove back to the Kapitea Reservoir to check out the star lit skies.  We headed to the back lake first this time and walked part of the West Coast Wilderness Trail.

On the banks of the lake surrounded by the mountains and the star lit sky – it was a magical spectacle.  There were ducks quaking, Morepork hooting and frogs were croaking.

It was a magic way to spend a few quality hours with my husband – one would almost say romantic…… leaving we had to drive past the front reservoir lake so decided to stop there also.  Found this man lurking by the lake shore……. weirdo tee hee…..

One final stop at the outlet before it was time to head for home.  Hard to beat an evening out star-gazing – thanks for a great night Love.

Jan and Stephen run Breakers Boutique Accommodation on the Great Coast Road north of Greymouth.  They enjoy getting out and about and exploring the many wonders that make this region of New Zealand so special.

Jan and Stephen live on the Punakaiki coastline, north of Greymouth on the West Coast, NZ and run Breakers Boutique Accommodation. They both enjoy the outdoors and are passionate about things to see and do on the West Coast and would like to share their experiences with you.
View all posts by coastingnz →
This entry was posted in Nature, outdoors, photography, Travel and tagged Kapitea Reservoir, night sky, stary skies, sunsets, West Coast Wilderness Trail. Bookmark the permalink.